During the September 2022 Chamblee City Council Meeting, a resolution was adopted to approve a Sister City affiliation with the City of Kovel, Ukraine through Sister Cities International. 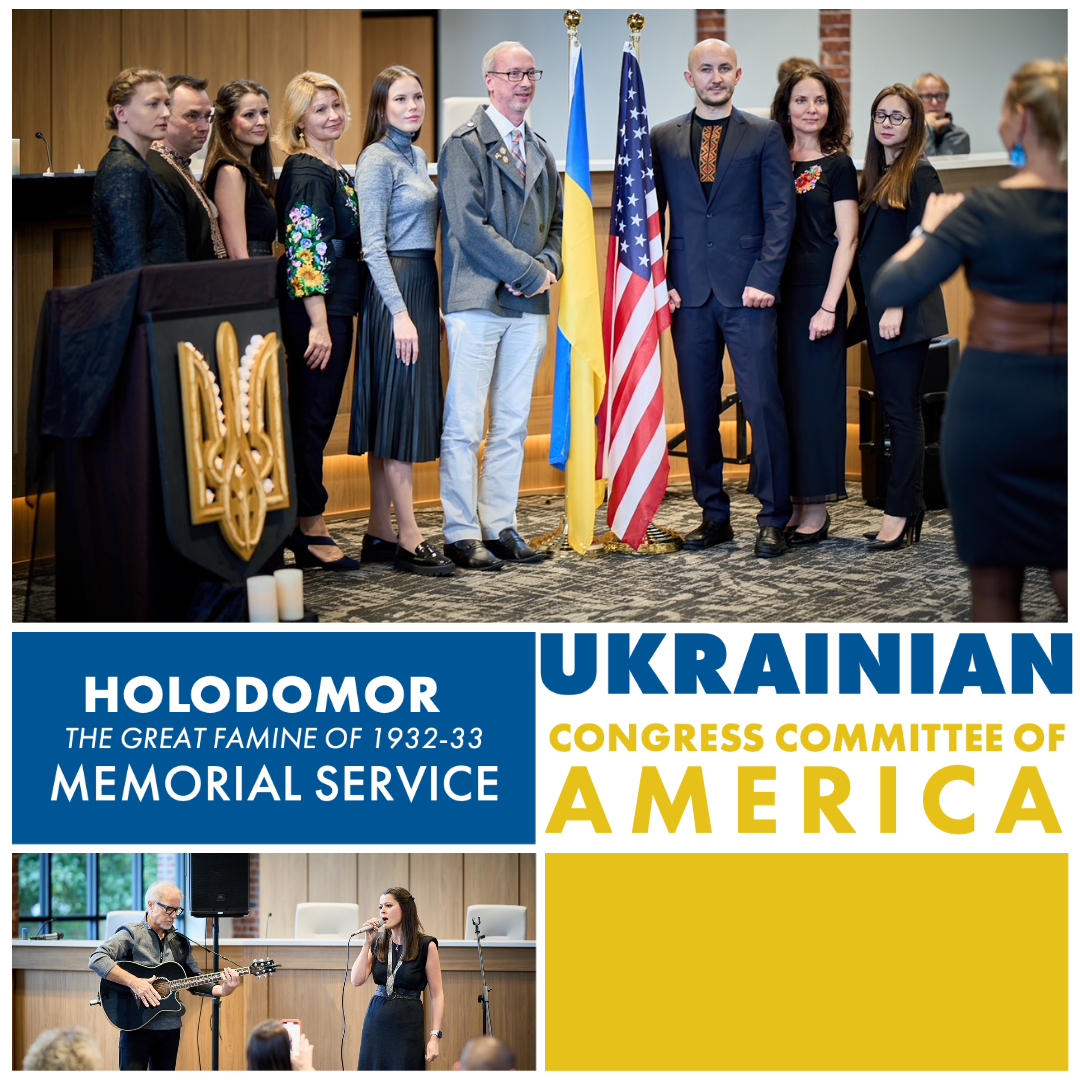 The City of Chamblee welcomed the Ukrainian Congress Committee of America – GA (UCCA GA) and members of the Ukrainian community on Saturday in observance of Holodomor, the great famine of 1932-33.

The term Holodomor (death by hunger, in Ukrainian) refers to the starvation of millions of Ukrainians in 1932-1933 as a result of Soviet policies. In 2018, on the 85th anniversary of the Ukrainian famine, the United States Congress passed a resolution condemning the systematic violations of human rights of the Ukrainian people by the Soviet government and recognized the 1988 findings of the Commission on the Ukraine Famine that Joseph Stalin committed genocide against the Ukrainian people.

"It's my hope that you will consider Chamblee your second home, you are always welcome here",  stated the Mayor Brian Mock. "We recognize that atrocities were committed 90 years ago, just as they are being committed today, and we want you to know that we stand with you".

“Resilience is the word I keep using when describing the Ukrainian people,” stated the mayor as he shared his thoughts from his recent visit to Ukraine.

Faith leaders from several denominations were on hand and offered prayer for the past and the future as members of UCCA GA shared stories of the great famine.

UCCA GA is a non-partisan, not-for-profit organization uniting Ukrainians in the United States. Their goal is to promote and expand relationships and mutual understanding through educational, business, and humanitarian programs between Ukraine and the United States. 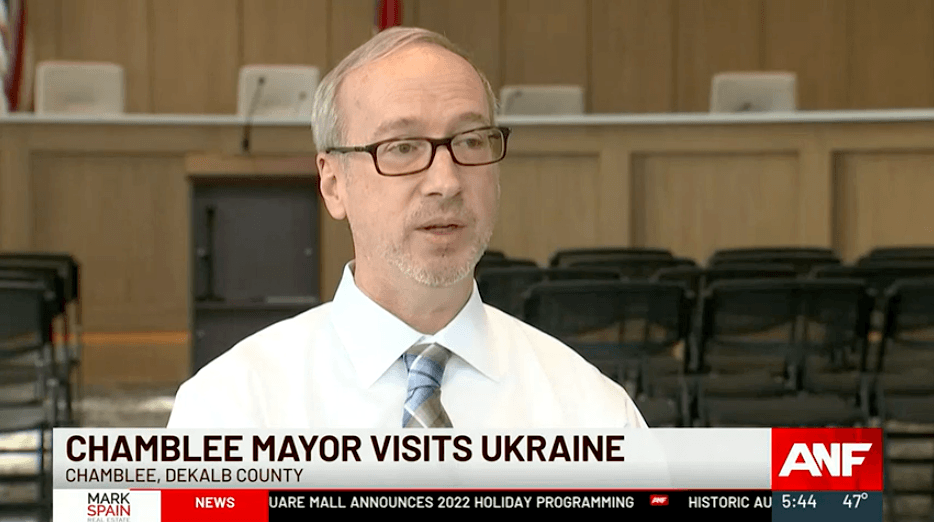 CHAMBLEE, Ga. (Atlanta News First) - The mayor of Chamblee recently traveled to Ukraine and saw firsthand what the country is experiencing.

The day he arrived, he was alerted that a missile strike knocked out the city’s power and water supply, but he chose to continue with the trip.

“The city was pitch black, you couldn’t see the hand in front of your face,” he said. “You don’t really understand their sense of resilience until you’re sitting amongst them.”

He said he had a very warm welcome and was greeted by the American flag flying. He met with Kovel’s mayor, council members, and other Ukrainians as he visited neighborhoods. He said he looks forward to growing the partnership between the two cities and offering guidance.

“It’s not just a short term, we raised a few dollars and bought some clothes. It’s a long-term exchange of ideas and information and over the last six months it’s not consumed my every day but it’s certainly been a passion,” said Mock. “I’m talking to folks over there every day.”

He wants to set up regular Zoom meetings with Ukrainians to speak with Chamblee’s police officers and employees from the Planning and Zoning departments.

During the more than weeklong visit, which he paid for out of his own pocket, Mock visited other parts of the country including Kyiv, and saw damaged buildings and heard stories of loss and survival. He sat in a basement of a school during air-raid sirens and listened to the Ukrainians singing.

Mock recently hosted a member of the Ukrainian parliament who made a trip from Washington, D.C. to Chamblee to visit metro Atlanta schools and bring back some ideas. Mock said he looks forward to when the mayor and others from Kovel can leave the country and visit Chamblee.

Mock said, “I’m hopeful that sooner rather than later their delegation can come over and visit and we can start the process of helping them to put their city back together.” 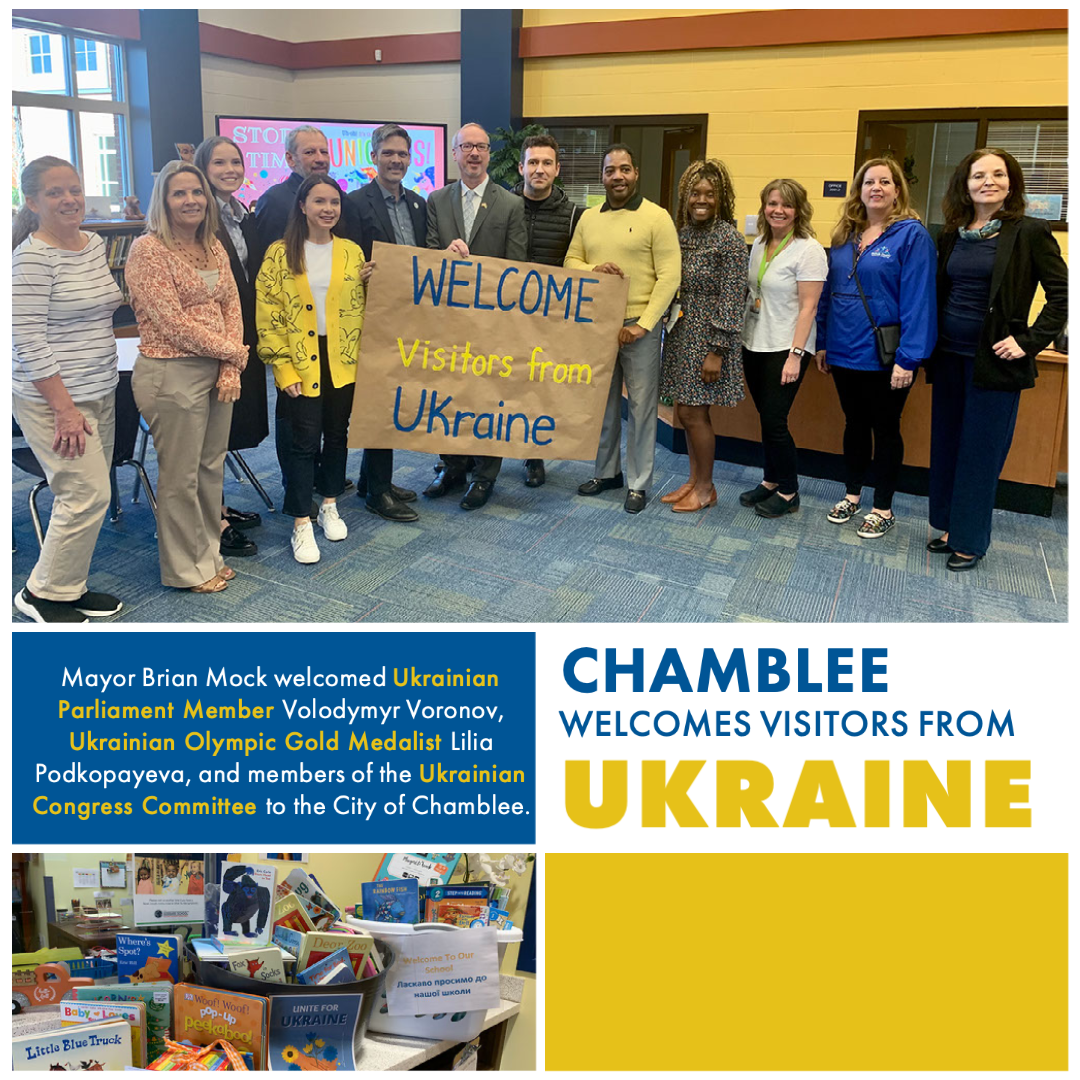 City of Chamblee Mayor, Brian Mock, recently returned from a visit to Kovel, Ukraine after Chamblee City Council approved a resolution to become a sister city affiliate with City of Kovel in September. With this historic action, Chamblee became the first U.S. sister city to Kovel and Kovel became the city’s first sister city.

“I felt that it was important for us to do more than approve a resolution; it was vital that we placed action behind our words and it was important to visit Kovel in person to show support during these difficult times,” said Mayor Mock.

“With the sister city relationship, our city as well as the City of Kovel, commit to support and encourage opportunities for mutually beneficial practical exchanges in the fields of business, arts, culture, education, sports and tourism,” concluded Mayor Mock. “In the past few days, I have witnessed the extreme resilience of the Ukrainian people, and I look forward to working with Kovel in the journey ahead.”

The Sister City Program is administered by Sister Cities International and was initiated in 1956 to encourage greater friendship and understanding between cities located in the United States and other national cities through direct contact. The program strives to build global cooperation at the municipal level, encourage understanding and stimulate economic development. Additionally, the program promotes peace through mutual respect, understanding and cooperation through one individual, one community at a time.