The Council enacts ordinances, establishes policy, adopts the annual budget, and establishes the ad valorem tax rate for each year. The City Manager is responsible for implementing the policies set forth by the Council, overseeing all City employees, and managing the day to day operations of the City. 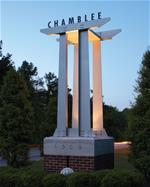 The services provided by the City under general governmental functions include police protection, planning and development, sidewalk and curb maintenance, and parks operation and maintenance.